This one is a bit of a treat. Normally I capture blog posts, articles, releases or talks. But this week I've found an AWS-with-Ruby tutorial archived from the AWS site this week in 2007! It is easy for us to think of AWS as new-ish tooling, but it really has been a part of our tooling for a tremendously long time. (And no, they do not sponsor this newsletter!)

In the early days the Markaby library was heavily relied upon to generate HTML with Ruby. Most folks nowadays have enjoyed a mostly "settled" problem with the use of erb, haml, or 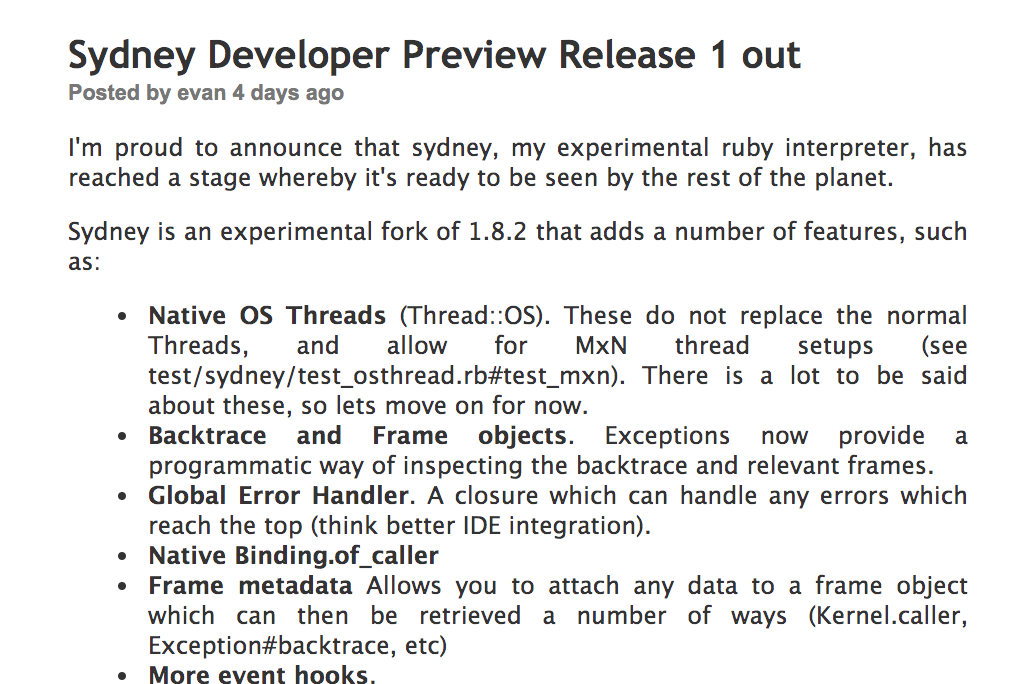 We've heard of a slew of Ruby interpreters over the years. One I never heard of before, Sydney, had a developer preview release this week in 2005. The interpreter branched off of Ruby 1.8 and included a slew of interesting features at the time such as native Binding.of_caller and native OS threads. I wonder if we can still get our hands on this Ruby today.... 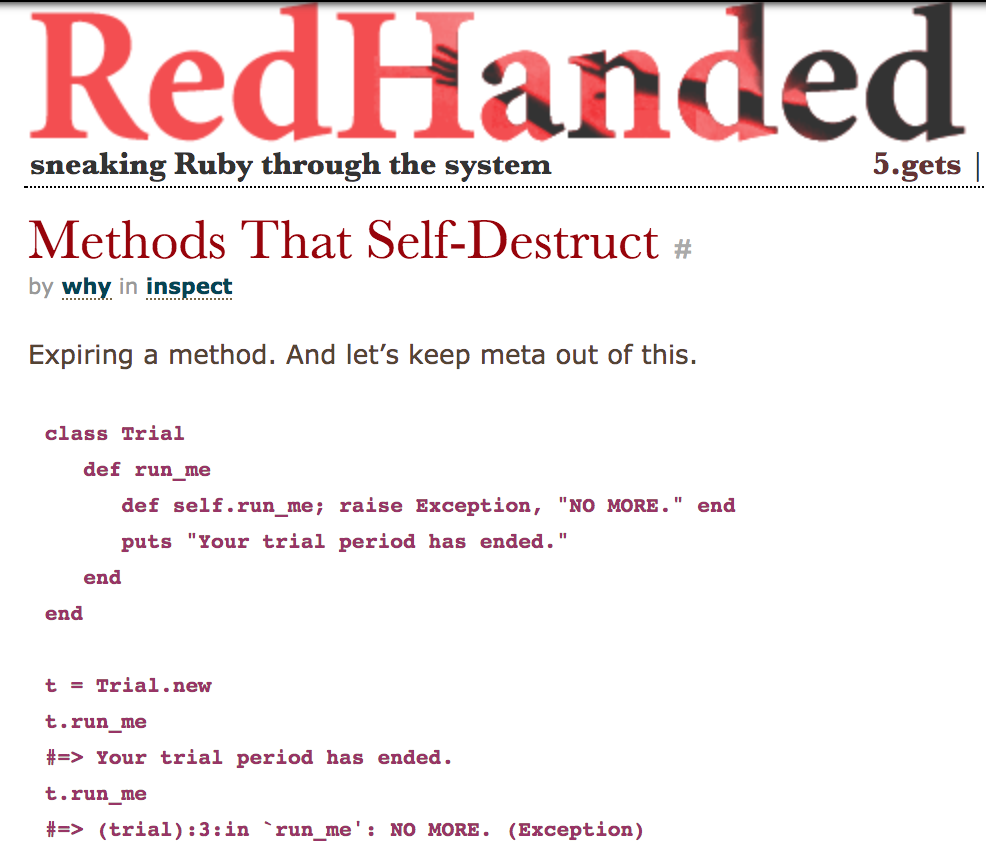 In here was have an interesting discussion this week in 2006 about writing methods in Ruby that self-destruct (with a tiny bit of MetaProgramming involved). Take a look at the comments, Ruby legend MenTaLguY chimes in with a few alternative examples as well. Try this out in your terminal!