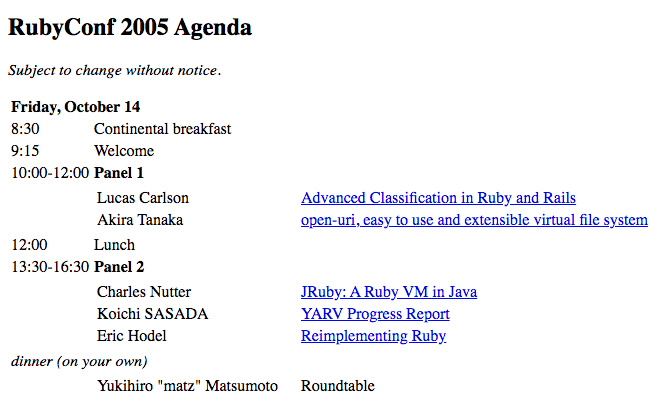 This week in 2005 saw the release of that year's RubyConf agenda. I always find these as a gold mine for really interesting information about what was going on in the Ruby Community at the time! I was tempted to make this week just highlighting the talks of the time but think you'll enjoy parsing the agenda as much as I did. Familiar faces included DHH and Matz, and other legends such as the late Jim Weirich and Ryan Davis. Would have loved to have been there! 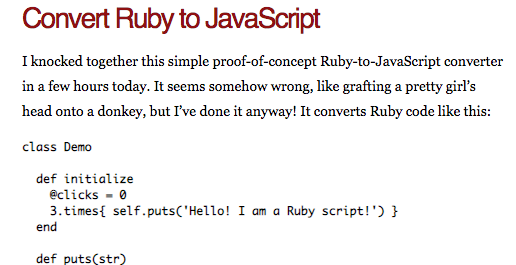 In 2006 this week London's Paul Battley had written a Ruby-to-JS converter in under 200 lines of Ruby code. It's hairy, and I didn't even try to run it nowadays. However it's a real treat to see folks looking at these issues when even JavaScript still feels so young sometimes. If you play around with the code let us know! (But I'm unsure how much use you'd get out of 2006-JS these days...) 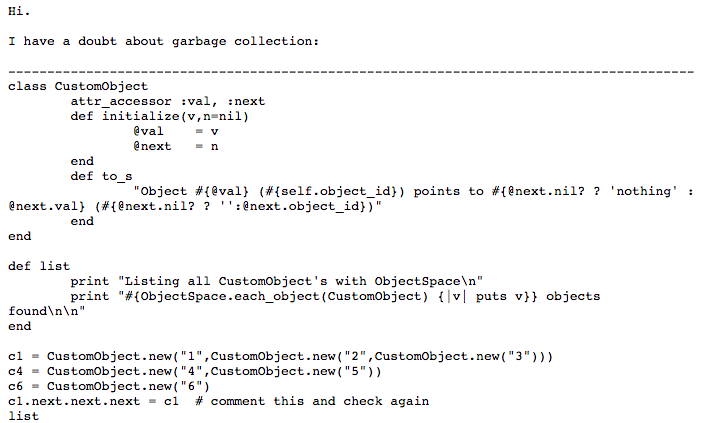 Now if you want to dig into the real, REAL nitty gritty of Ruby history, it can be a lot to parse but the `ruby-talk` community is great. It's something I'm going to try to feature more. Today's `ruby-forum` only goes back to 2008, but you can still get back into the 2000's with some gumption. (Which we all have, right?) This week in 2005 we say an interesting post that piqued the Ruby community, having a dig into the GC and finding weird failing edge cases. I think sometimes it's too easy to just think of the Garbage Collector as a there be dragons area of Ruby and never play around with it. This thread and following discussion is a *great* example of that.

Web spidering back in the day

If _why is the Herodotus of Ruby circa 2003-2009, then Peter Cooper is the Tacitus of Ruby 2006-present. We are so grateful for all of his work the last decade to effectively chronicle the goings on of Ruby. Here he shares a neat tool of the time, Anemone, to manage your own spiders and configure your own web crawling. Neat!