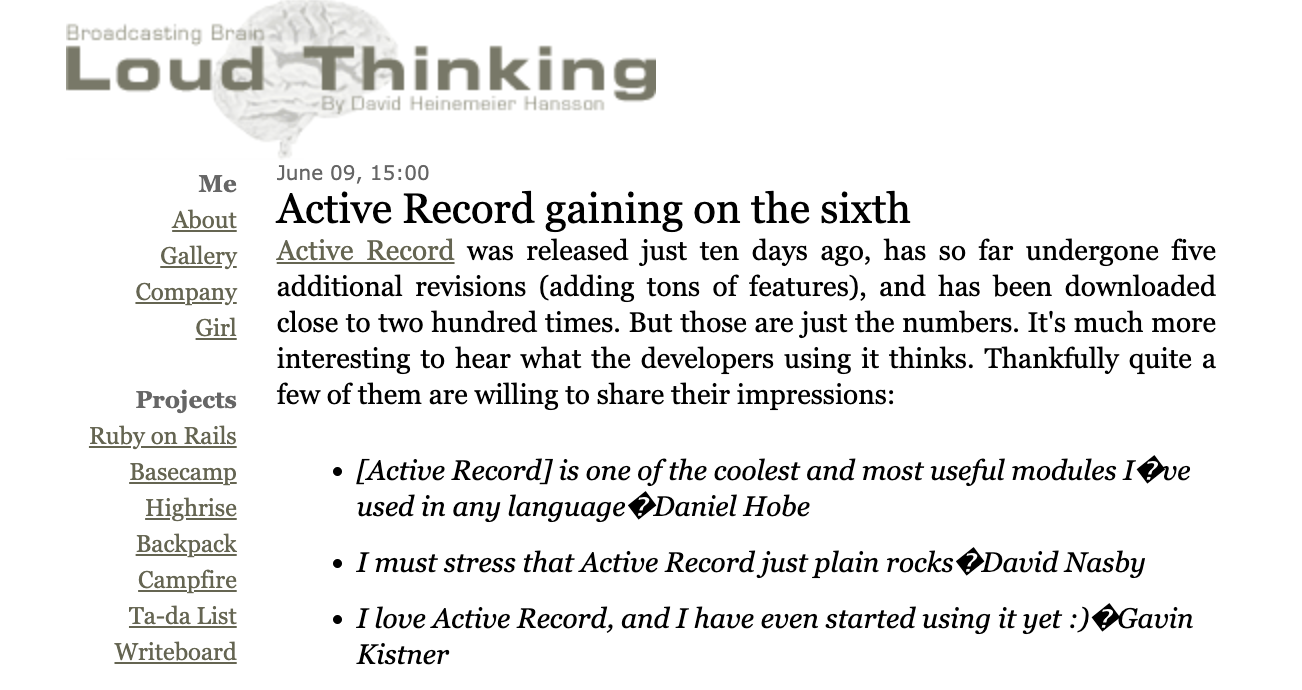 DHH was pretty excited about the 200 downloads activerecord got in its first week 18 years ago this week. In this long-forgotten corner of the internet we get a young DHH's reaction to the unveiling of this new gem that would unwittingly underpin billions of GDP's worth of ORMs.

This week seventeen years ago Daniel Berger dropped a link to some off-the-wall ruby scripts. And what's more, these were lost to the archives and not available on rubygems or github! So I'll share one with you (why not) - a ruby script that will convert your ASCII text to a midi morse file. The future is now.

Ruby's birthplace is Japan, and I don't think we give enough love to historical Japanese content. This week we share a rails plugin from seventeen years ago, ActiveHeart! This gem sought to take english-default validation methods and translate them to Japanese (along with some other Japanese-friendly features)

This week in 2005, Ruby legend Koichi Sasada published this daily RubyManiac Quiz. Can you guess what it returns?