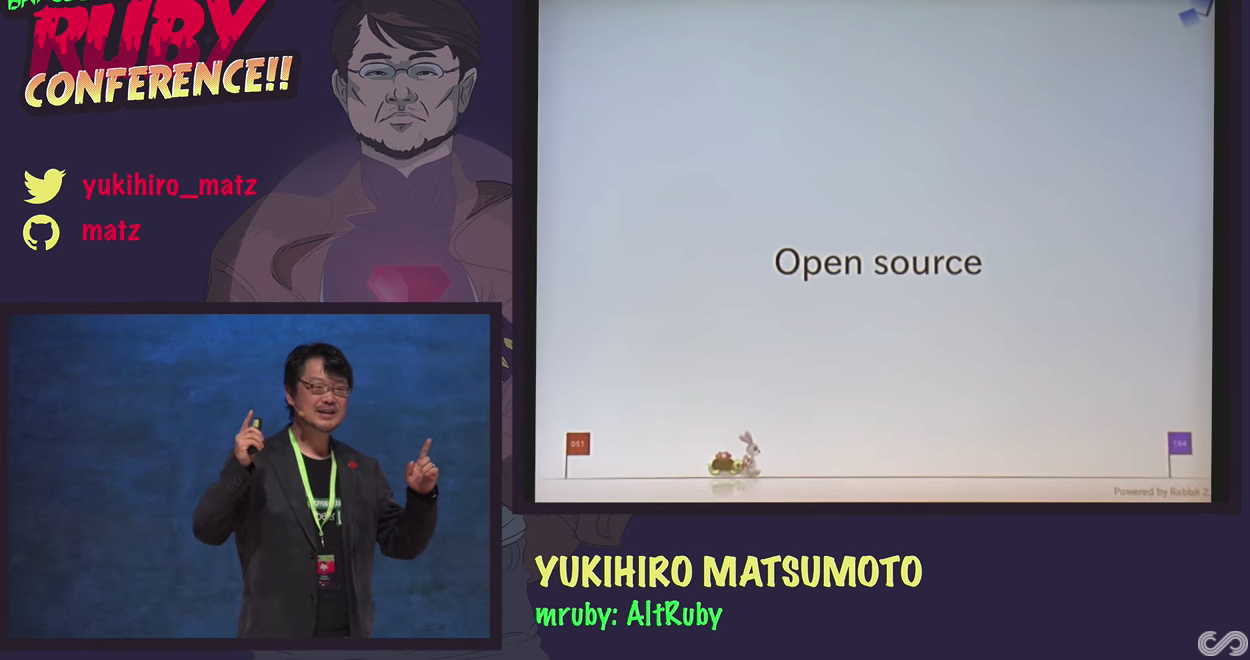 Ruby is in satellites. Ruby is being used in hardware. A lot of this work is built off of mruby (embedded ruby) and affiliated projects. Here's a great talk Matz gave six years ago this week about a fair few things including mruby. :)

Using Rust with Ruby, pair programming with Yehuda Katz in 2015 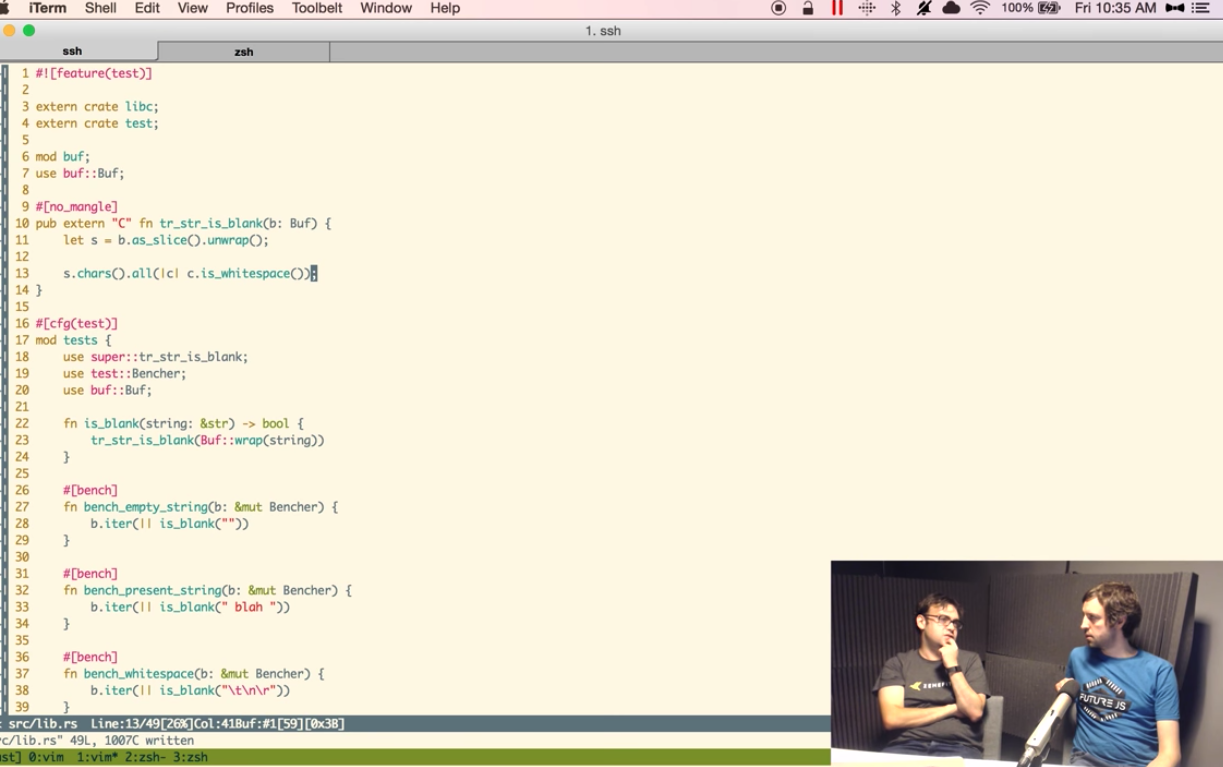 Book out some time to sit down and watch this. We get to see *two hours* of pair programming with Yehuda Katz this week five years ago using Rust with Ruby

Ruby with BetaBrite in 2007 with Aaron Patterson 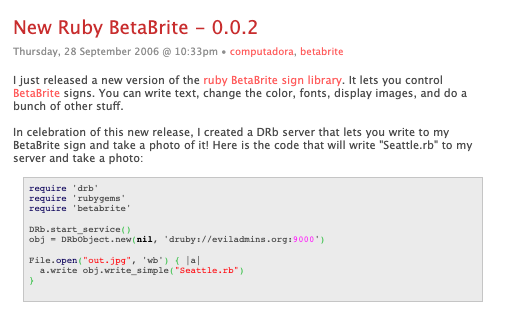 This week THIRTEEN YEARS AGO Ruby hero tenderlove released a new version of the ruby BetaBrite sign library, allowing you to compose ruby to control betabrite signs. This was ruby in the IoT space many years before the phrase IoT existed! Write in if you get the code up and running. :)

Twelve years ago this week people were turning their heads towards JsClass; which takes a lot of elements we love about ruby and implements them in Javascript. Note here in the screenshot that yes, that includes an Enumerable implementation! I would love to see if we could get this running on today's javascript.